The Valley Conservatory Early Music Festival (VCEMF) was started in 2013 as a way to expose the community to early music and period instruments by providing lectures, master classes and concerts. It is the only early music festival in the southeast region of the country and is an annual event that is held in September.

​Mockingbird Early Music Ensemble
The Mockingbird Early Music Ensemble was formed in 2003 by enthusiastic proponents of the historically informed presentation of music created before 1750.  Based in Oxford, Mississippi, they perform on recreations of period instruments.  These instruments include recorders, viole da gamba, harp, baroque guitar, psaltery, crumhorn, and harpsichord.
www.mockingbirdensemble.org/about_us

Dr. Beatrice Renee Collins-Williams, Director
Beatrice Renee Collins-Williams, is the founding director of the Valley Conservatory.  Her experiences cross several disciplines which include conducting, teaching and performing.  As a conductor she has directed several orchestra across the country including the Colorado Symphony, Women’s Philharmonic (San Francisco), Denver Young Artist Orchestra, Alabama All-State Reading Orchestra, West Tennessee All-State Orchestra, the Junior Orchestra of the Alabama String Teacher’s Association Honor Strings Festival, the Huntsville Youth Orchestra, Oakwood College Symphony Orchestra, Michigan State University Orchestra and Chamber Orchestra and members of the Aspen School of Music Festival Orchestra where she was a conducting scholarship recipient.  In addition to her conducting experiences, Dr. Collins has taught music education on all levels; applied piano and violin on the college level and has performed with several orchestra where she was a member of the violin/and or viola section. She holds dual bachelor degrees in Music Education and Piano Performance form the University of Northern Colorado, and a Master of Music and Doctor of Musical Arts degree from Michigan State University.  Her biography is listed in the International Who’s Who in Music.

Susan Roessel Dura
Sue maintains a lively interest in early music with frequent trips to the Amherst Early Music Festival and other local workshops.  She plays recorders, bassoons and capped double reeds in several local groups.  She played modern bassoon for the Shoals Symphony and has played baroque bassoon for the Atlanta Baroque Orchestra and the Belle Mead Baroque.
Sue has been personnel manager for the Shoals Symphony, served on the board for the American Recorder Society and helps organize these concerts for Valley Conservatory. 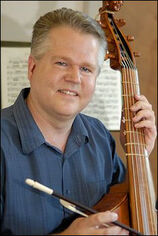 Kevin Lay
Kevin Lay, viola da gamba, has a masters degree in historical performance from the Early Music Institute at Indiana University 2002. While at IU, he was a graduate assistant, won the Jason Paras Scholarship, won the annual concerto competition, and co-founded the award-winning group Liaison. Since graduating, Kevin has lived in his home town of Huntsville Alabama and has worked as a professional photographer for his “day job.”  During the last 6 years, he has performed with many groups in the south, including Vox Angelica, the Zephiro series, and Ars Nova here in Hutsville, the Knoxville Early Music Project in Knoxville, TN, the Shoals Symphony in Florence, AL, and Belle Meade Baroque in Nashville, TN.  Kevin has also been a guest artist at Union University in Jacksonville, TN, LSU in New Orleans, FSU in Tallahassee, FL, and the University of Alabama in Tuscaloosa, AL. 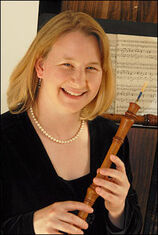 Lara Lay
​Lara Wilmot Lay, oboe and recorder, earned her B.A. in music performance at Case Western Reserve University in Cleveland, Ohio. She continued her modern oboe studies as a graduate assistant at Florida State University, earning her M.M and an Early Music Certificate. While there, she began studying baroque oboe. She plays professionally with the Atlanta Baroque Orchestra and Nashville’s Belle Mead Baroque. She has also played with the Indianapolis Baroque Orchestra, the Orchestra of the 17th Century in Washington D.C., and the Chicago Baroque Orchestra at St. Clements. Throughout, she has also maintained a professional free-lance modern oboe career, playing with numerous orchestras and chamber groups. In addition to her baroque gigs in Nashville and Atlanta, Lara has played modern oboe with the Huntsville Symphony, Shoals Symphony, Gadsden Symphony, Valley Conservatory, Huntsville Chamber Winds, Grace Notes, and many local theater, opera and church productions.

Dorothy Maguire
Dorothy Maguire earned a bachelor’s degree in Music Education with Choral Emphasis from the Metropolitan State College of Denver in 2010.  There she studied voice with Gene Roberts.  At Metro, Dorothy was an active and versatile member of the Early Music Ensemble where she played violin, recorders, lute and viola da gamba.  Currently, she studies viola da gamba with Kevin Lay.